It's been almost two weeks since I first saw Lala Land.

My heart is still swooning.

Why? A million reasons.

Golden Globe record-setter or not, it's a movie that so beautifully depicts the ache of living with a dream, it's left me completely breathless. Critics and journalists have written scores of articles and reviews, so I’ll spare my own .02 on the movie as a whole, but I have to do something with all my swooning.

First, there's the story behind the story. Director Damien Chazelle pitched it for years before he was able to convince anyone that the investment would be worth the risk (no one thought a modern-day musical set in Los Angeles would be a remotely good idea, and honestly, who can blame them?). He believed in his vision and stuck with it, even when no one else did.

There's the significance of having someone who believes in you more than you believe in yourself, the sacrifice and persistence it takes to actually accomplish your goals, and the danger of selling out for lesser-than dreams. While the movie is not faith-based, the parallels to calling, vocation and faithfulness are easy to draw -- and compelling to say the least.

The music, all original (thank you, Justin Hurwitz), is a dream in and of itself. I can't stop listening to the soundtrack, and to boot, neither can my 15-year-old daughter who saw the movie with me (and also loved it). Beautiful, moving and transcendent.

And then there's the ending. Oh my gosh. The ending.

Mia, played by Emma Stone, is an aspiring actress who moves to LA, working as a barista at Universal Studios, auditioning as much as she can in the nooks and crannies of her life while learning to swallow the depressing taste of rejection time and time again. Beyond *just* being an actress, however, in her heart of hearts she dreams of writing and starring in her own play. She tinkers away at it, finds some investors and finally musters the courage to perform for a live audience.

When she finally steps on the stage, it's a moment so viscerally terrifying that your whole body can't help but feel what it feels like to work tirelessly at something that no one believes in but you. You feel what it's like to work through insecurity and doubt and choose your dream anyway. You feel the vulnerable and awful feeling of throwing yourself out before the world, afraid that no one will care about this thing that’s been living and breathing inside of you, this thing that’s lived so deeply in your soul that it’s become part of who you are.

When the curtain opens, her worst fears come true: no one (or hardly anyone) shows. Even worse, no one cares. And right then and there, you realize it's the fear of every artist who's ever risked giving a piece of themselves away, risked the embarrassment and failure and shame of not being good enough. Risked the realization that all their insecurities were true, that all the voices that told them they were foolish to believe were actually right. You realize the danger of allowing yourself the possibility of dreaming big --because the pain that you'll have to endure when you crash hard and fast will hurt. Bad.

The ache of her shining moment was nothing more than a failed drizzle.

After graciously accepting the dismal applause, Mia stumbles to the street in full sobs, determined never to act again. She leaves LA the next day, goes back to the comfort of her parents' home and resigns herself to the fact that everyone was right, she was indeed the fool who dared to believe in her dreams.

Except she was wrong.

She musters the courage to go to one final audition, and the genius of Hurwitz's composition, coupled with the poignancy of the scene, is overwhelming.

It's the moment that changes everything.

A piece of your soul will explode with knowing. 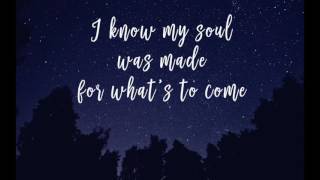